“Jeremy Bentham was born in 1748 and was a child prodigy, studying at Queen’s College, Oxford University at age 12. While he never practiced law, he was trained as a lawyer and wrote extensively on law and legal reform. He died at the age of 84 in 1832 and requested his body and head be preserved for scientific research. They are currently on display at the University College in London. He is considered the father of utilitarianism, a moral theory that argues that actions should be judged right or wrong to the extent they increase or decrease human well-being or utility. He advocated that if the consequences of an action are good, then the act is moral and if the consequences are bad, the act is immoral.” (https://ethics.org.au/big-thinker-jeremy-bentham)

After a lengthy discussion amongst the OGC staff, a replica of JB was created as a “gift” to General Counsel Paul Meggett and is the unofficial OGC legal mascot. The OGC hopes that JB will have a wonderful permanent home with Appalachian State University’s Department of Philosophy and Religion. 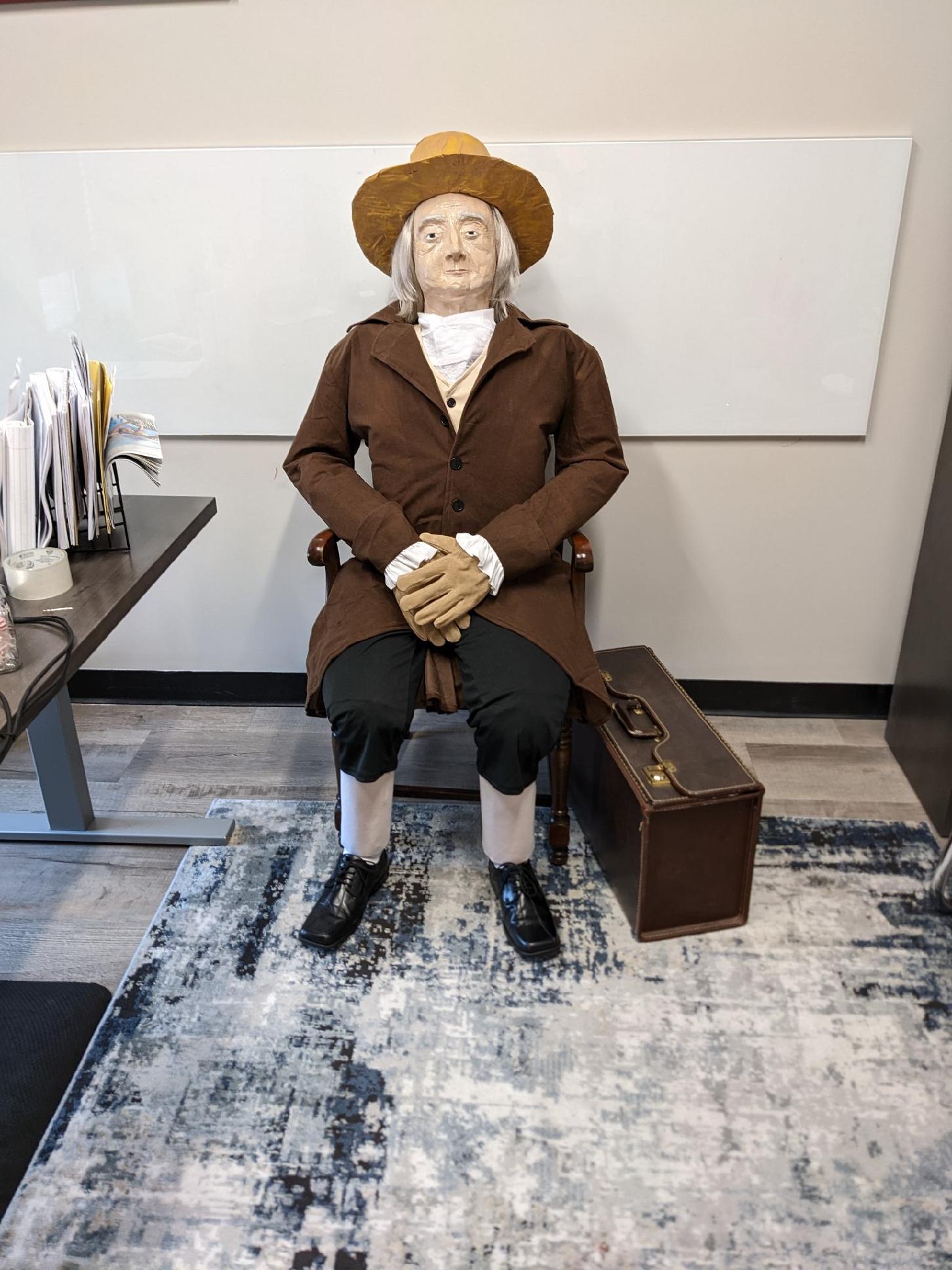